A day exploring the ruins of the ancient cities of Sri Lanka will surely not ruin your day. Okay, now I’ve got that out of my system, I’ll continue.

The history of Sri Lanka is long and winding. With each site we visit, we learn of a new king, a new invasion by South Indians, the Dutch, the Portuguese, the British, each meaning a new city, capital, temple or palace. The last few days have been a jungle of information, steep steps, breathtaking buildings and sweat.

Instead of attempting to explain the serpentine story of the two hundred and sixty-something kings and five ancient cities of Sri Lanka, as guide books tend to do a much better job at that than I ever could here, I’ve decided instead to archive some of the most bloggable* facts that lingered with me at the end of each day.

*I’ve also learned that bloggable is actually a word. And I’m lovin’ it.

Anuradhapura
The fortunate thing about having a car for this trip is that we’ve had the opportunity to visit places off the beaten track that many tourist don’t know about or can’t be bothered to journey out to.

Our first stop was to the ancient Buddhist library building in Padeniya Temple; a beautiful wooden temple encased in intricate carvings, from the lion heads guarding the walls to the swirling patterns scored into the doors of the temple. A small complex used by the King when he needed to escape the capital, it was definitely off the tourist-map.

Next, we ventured on to Yapahuwa. All that remains now is a stairway so steep you have to crawl, that rises out above the clouds and is guarded by monkeys. While seemingly small, this rock fortress became the capital of Sri Lanka for eighteen years from 1272. 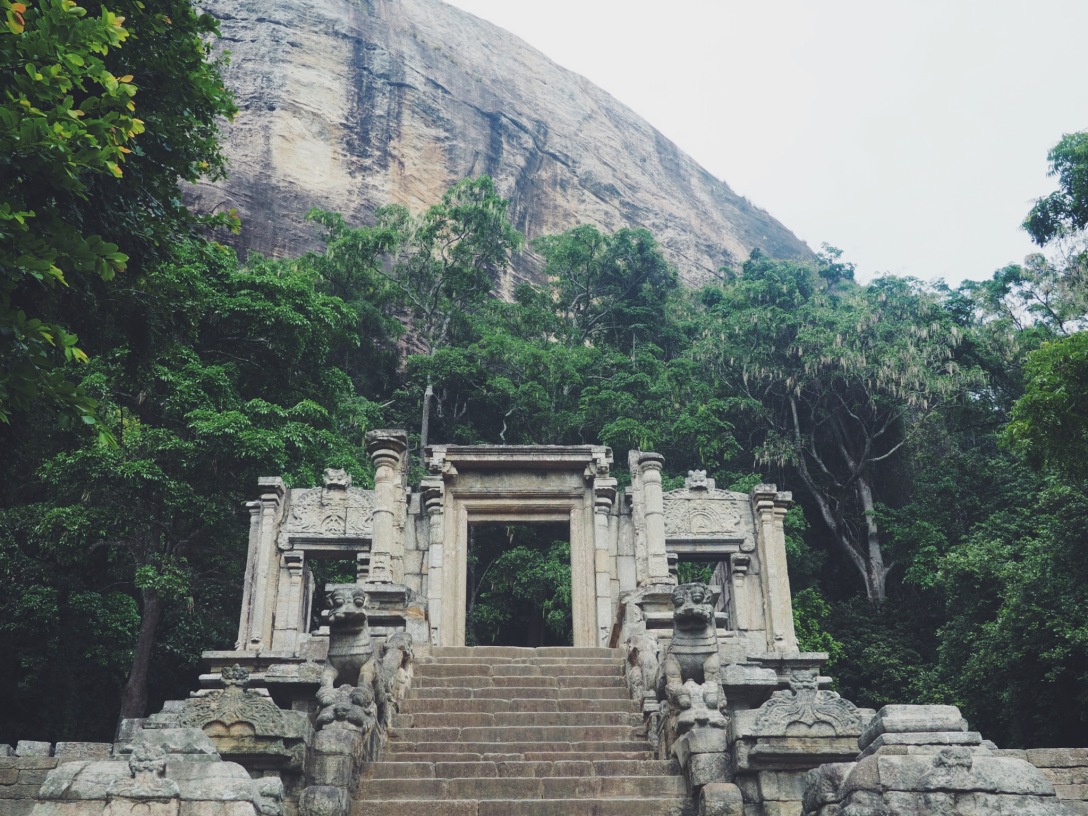 Finally we reached the ancient city of Anuradhapura, the first capital of Sri Lanka and home to the oldest tree on record – the Sacred Bo Tree. Along with our guide, Channa, we bought the most beautiful lotus flowers from the stall surrounding the temple as offerings. Channa explained that the reason we offer flowers is reflective of Buddha’s teachings about life – as the flowers that we offer today will be dead tomorrow, reminding us that we should live in the present and not the past or future. 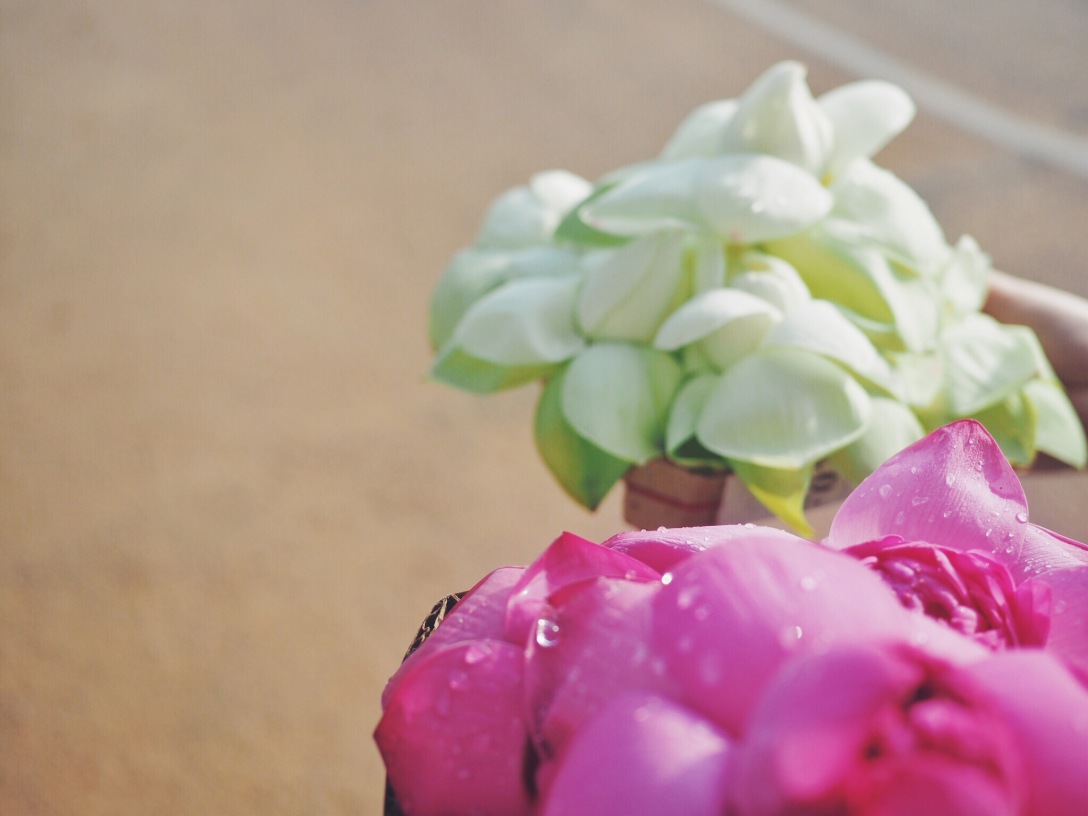 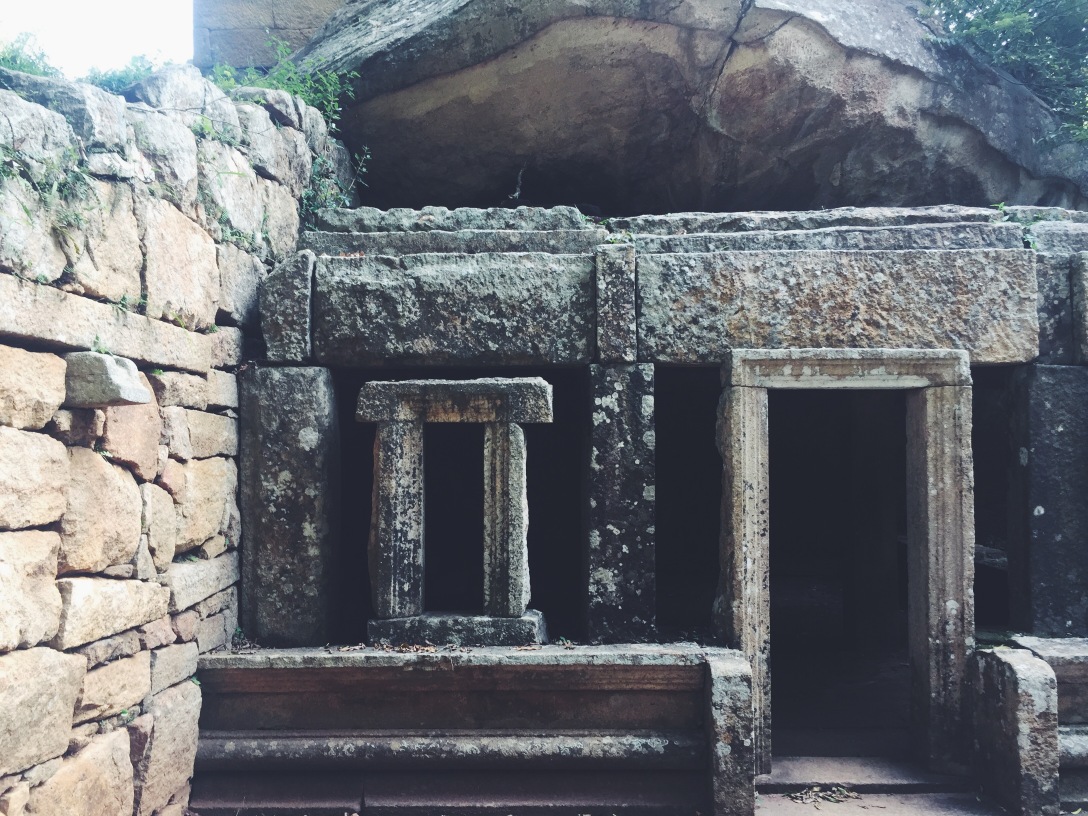 Next we moved on to Jethawanarama, or the brown stupa, believed to be the largest brick monument in the world following the pyramids in Egypt. Channa explained that using the ninety-three millions bricks that make up the stupa, you could build eight thousand and four houses. The whopping structure took forty-five years to build, but only seconds to take your breath away. 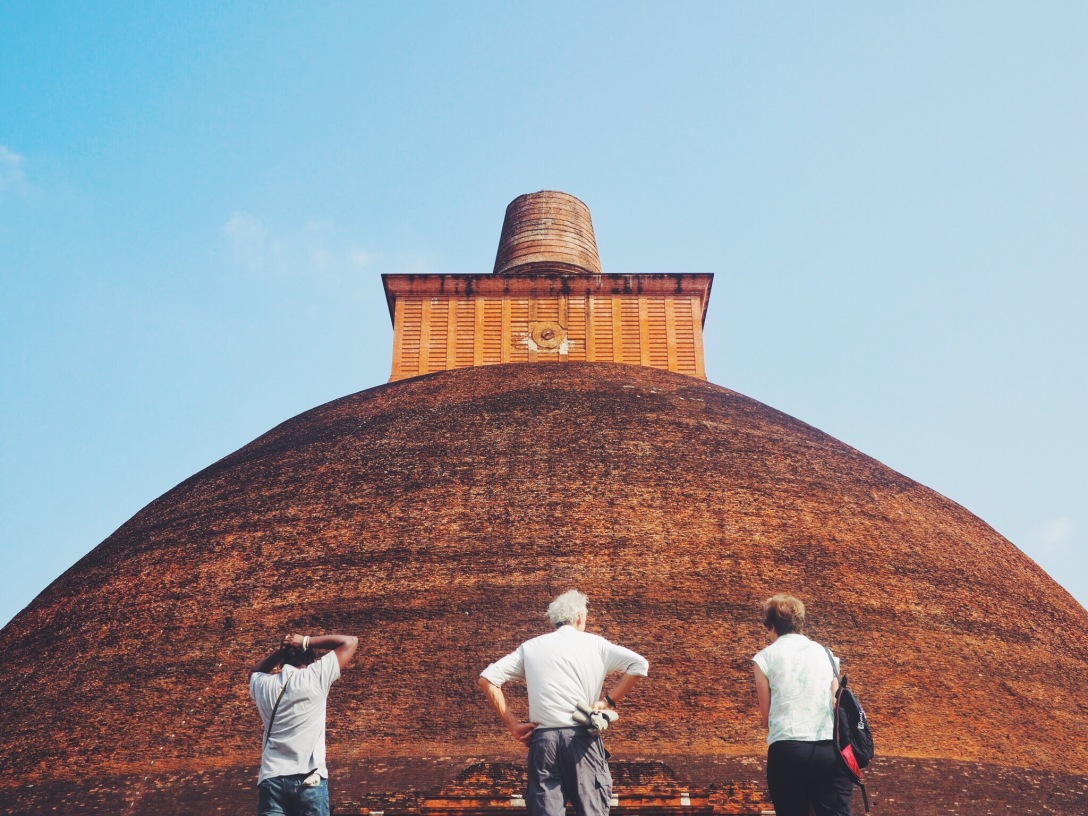 Throughout the day we visited the ruins of architecturally astounding ponds used for water meditation (some could remain under water for up to two hours meditating), hospitals, kitchens and toilets, all of which demonstrated an incredible level of irrigation for the fifth century. Even I was impressed. About drains. Yeah.

There were stupas everywhere, some still remained submerged in soil yet to be rediscovered, all with unique quirks and designs. We had king coconuts and roti for lunch, and found many the stray furry friend along the way. One of my highlights, however, was a special place Channa took us, where no tourists go. It was a functioning monastery that had a tree which had built a cathedral with its roots. Pictures cannot do it justice. 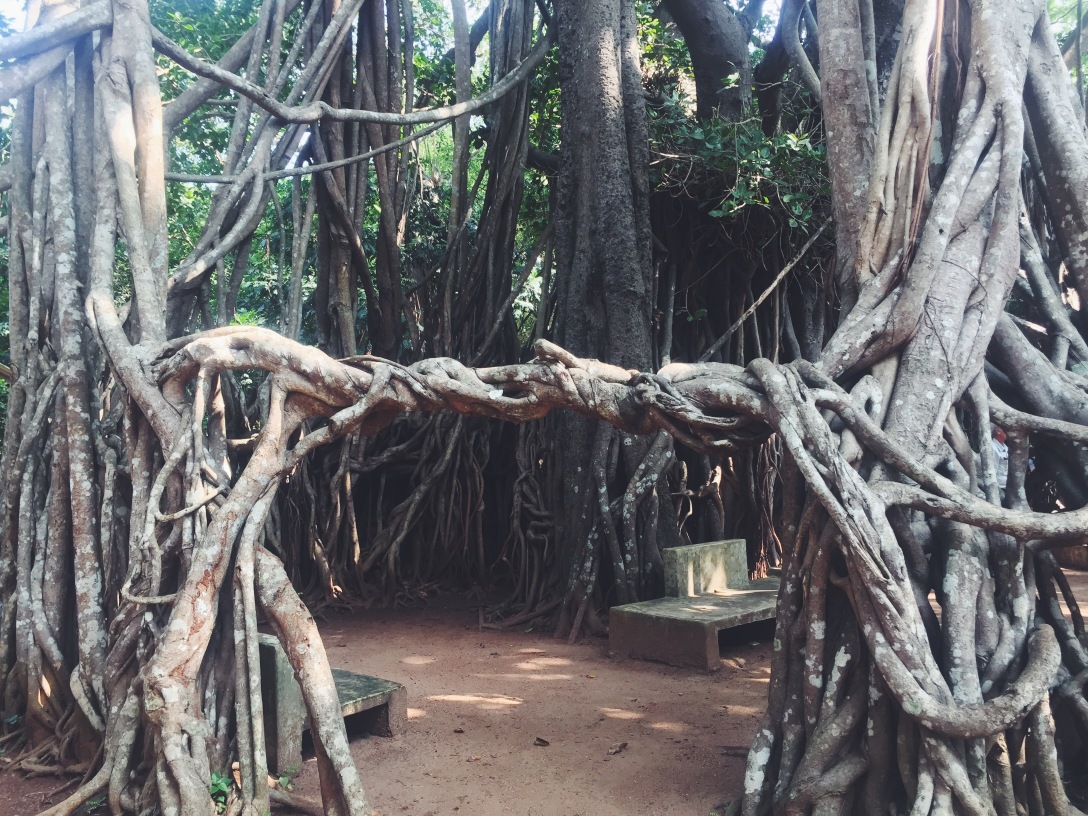 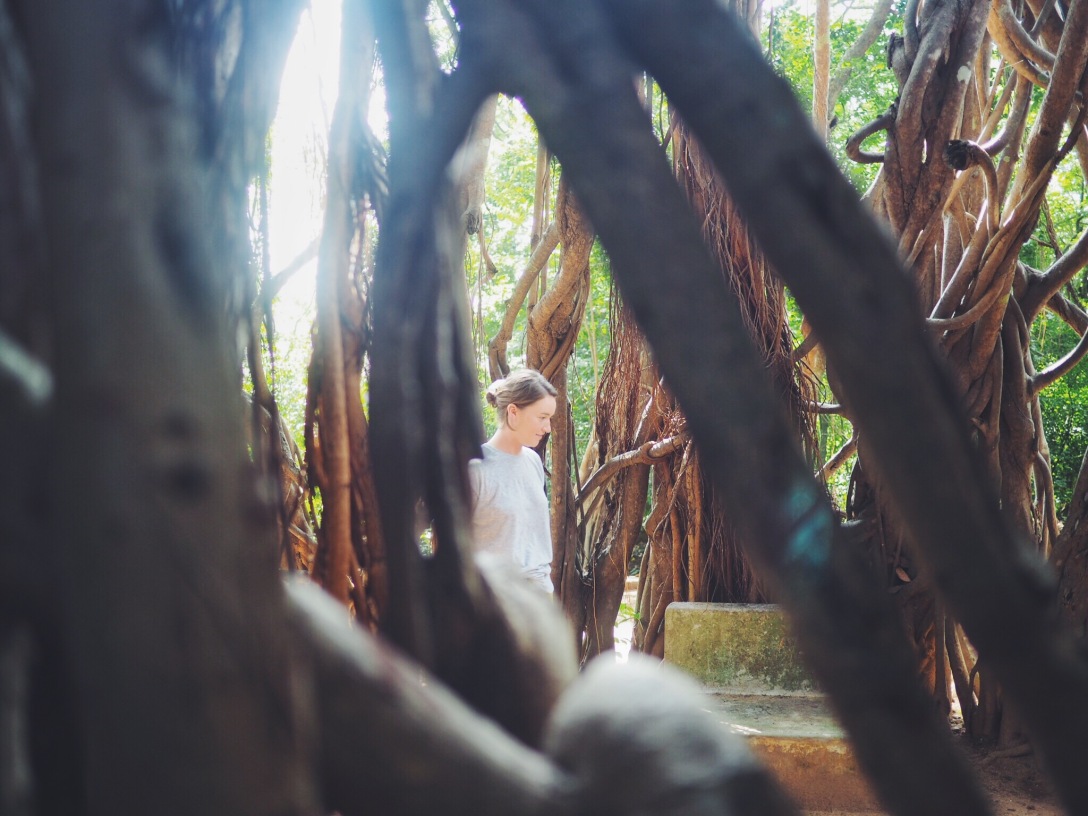 We ended the day at Mihintale – a hilltop complex heralded as the place where  Buddhism was first introduced into Sri Lanka, plopped atop one thousand, eight hundred and forty-three steps. At the very top you can pull yourself up a sun-drenched rock to an incredible view across the hills and valleys, even making out some of temples we’d seen previously. As the sun began to set, it all felt very Lion King-esque. 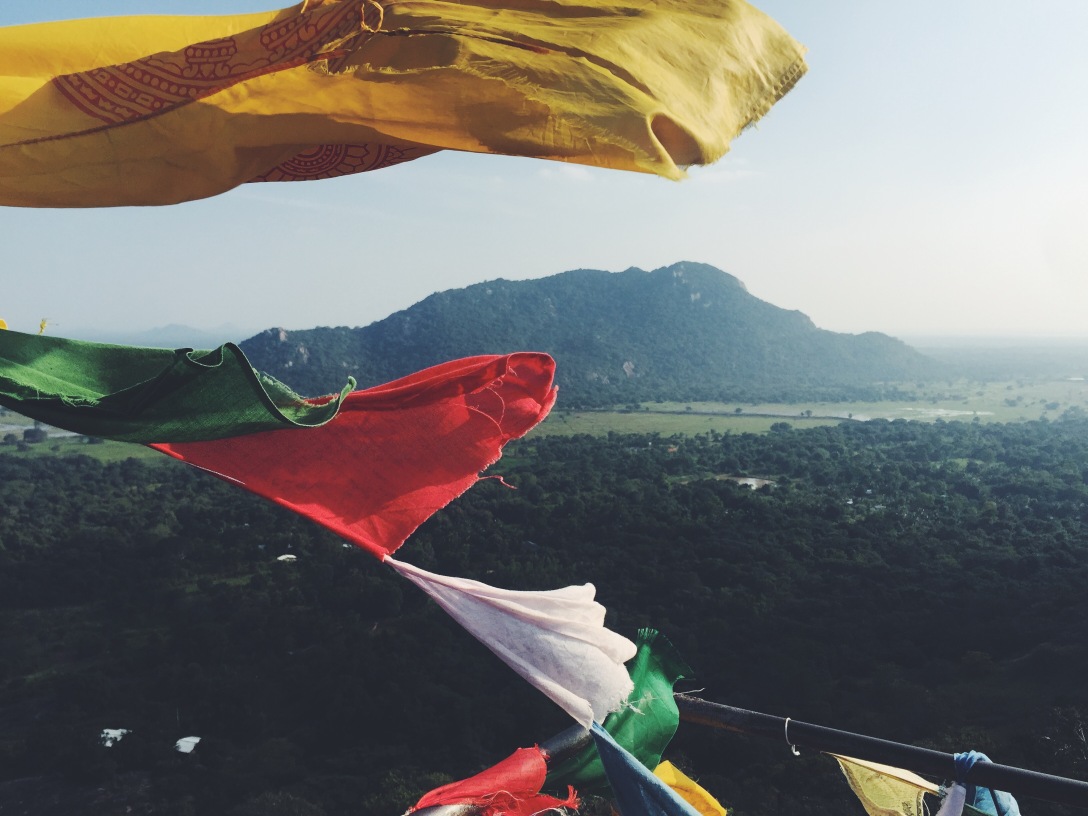 Polonnaruwa
In the eleventh century, Polonnaruwa rose as the capital after many an invasion at Anuradhapura. Apparently, there were also less mosquitoes. Bonus.

After driving through leafy national parks, we met our guide, Rahul, who took us through our paces. The Royal Palace, where the King lived with his five wives…and five hundred concubines. The Quadrangle, where each King built a new temple to house the tooth of Buddha. The lake, which is surrounded by electric fences because on occasion  the water drops low enough for the elephants way across the bay to walk on over. And the Gal Vihara, the most impressive monument we’ve seen yet. Across one granite stone, standing seven metres high and over twenty metres long, four different sculptures of Buddha have been carved. Immense, inspiring, inconceivable. 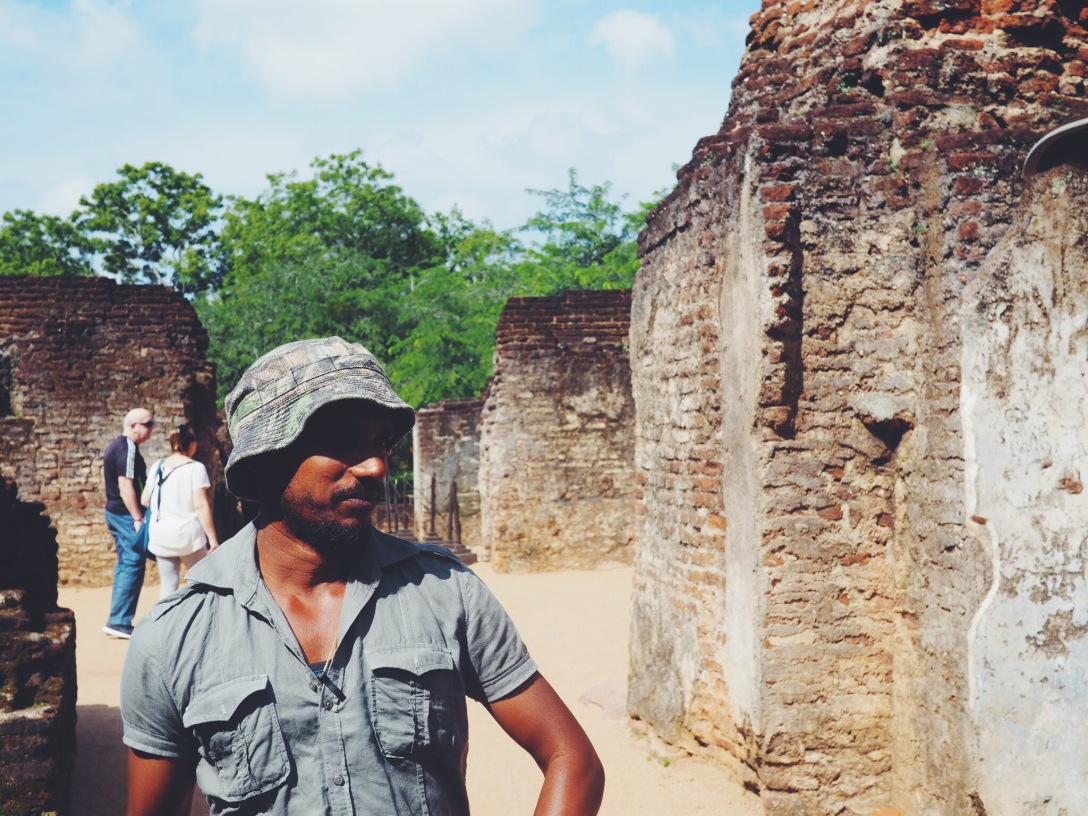 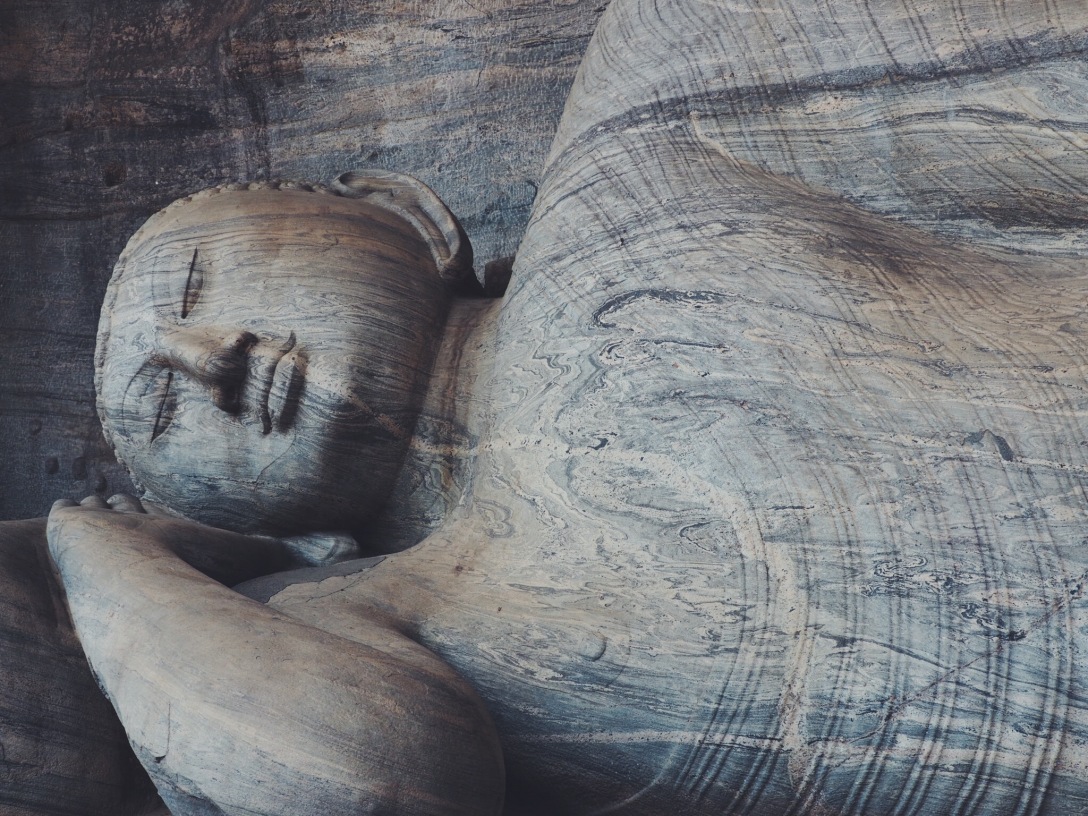 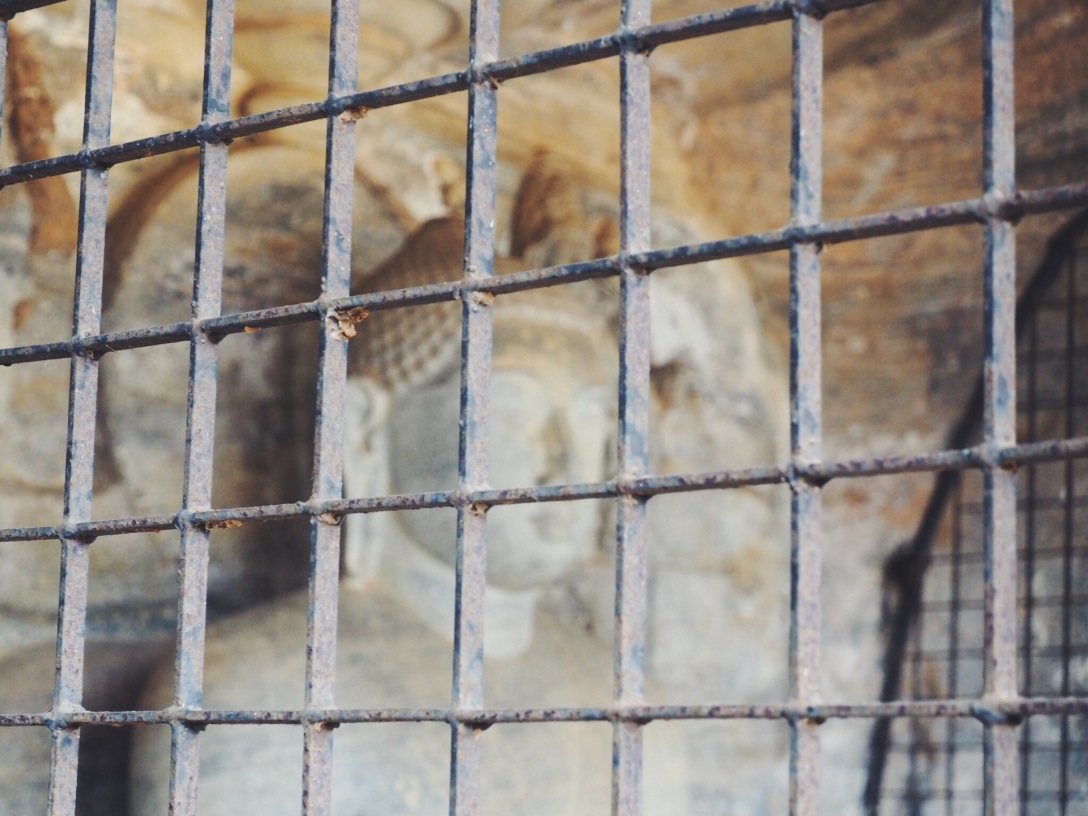 Sigiriya
Woah, you really don’t realise how much you can achieve in a day until you try to write it down.

That afternoon, we headed for Sigirya. The giant rock that someone once upon a time had the splendid idea of building a kingdom on top of. Surrounded by the ruins of what sounded like an opulent ‘pleasure’ garden with ponds, pools and fountains (‘like a nightclub’ our guide told us), Sigirya was once the epicentre of the kingdom of Kassapa. We climbed rickety staircases that gripped casually to the side of the rock, passed by frescos painted god only knows how, and finally reached the summit. And what a view. 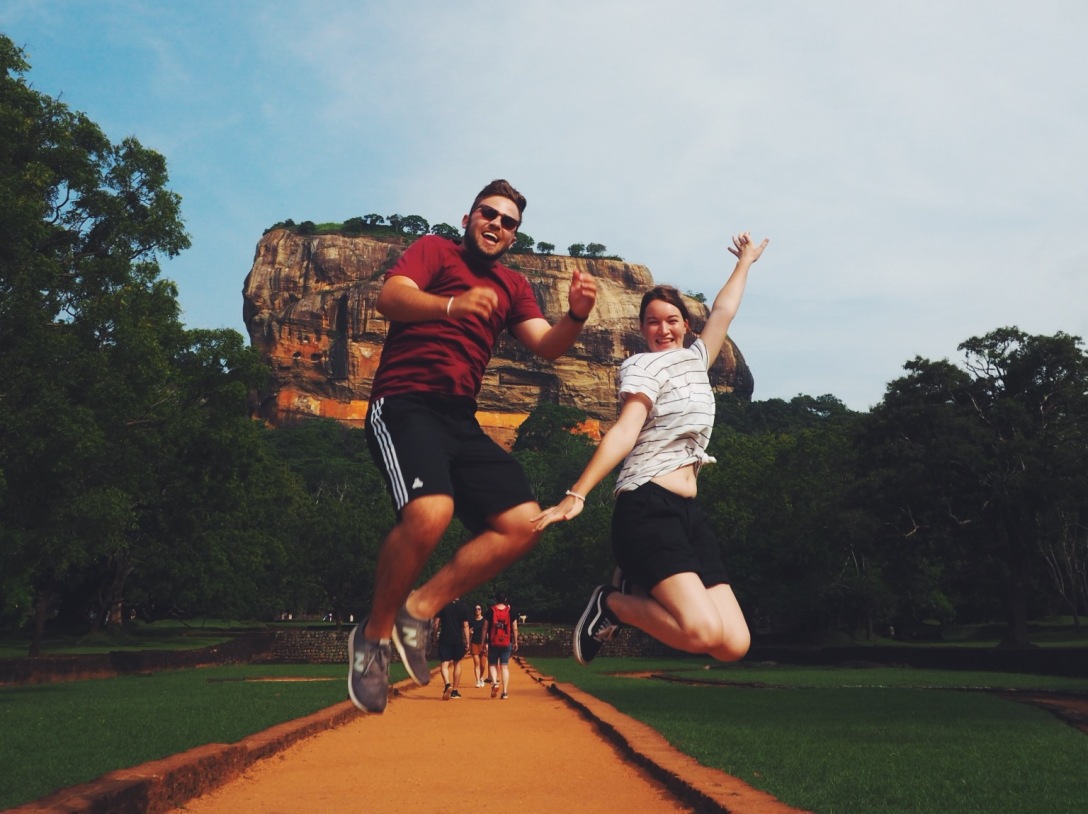 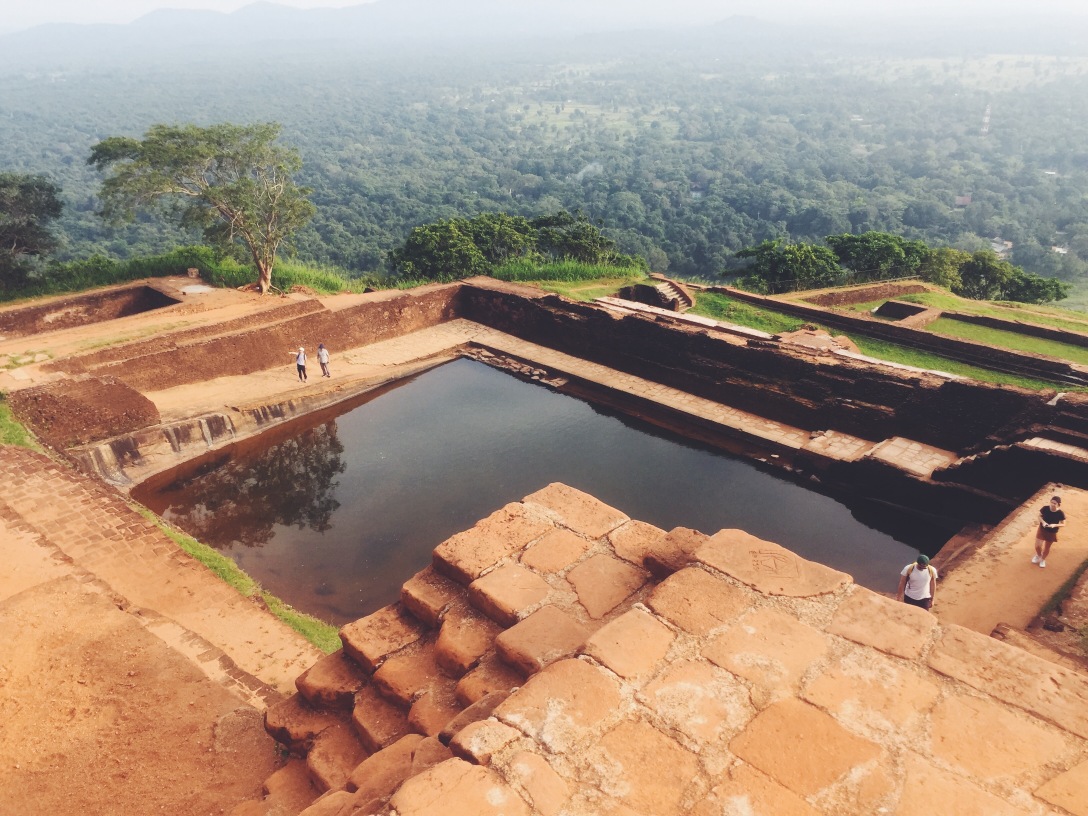 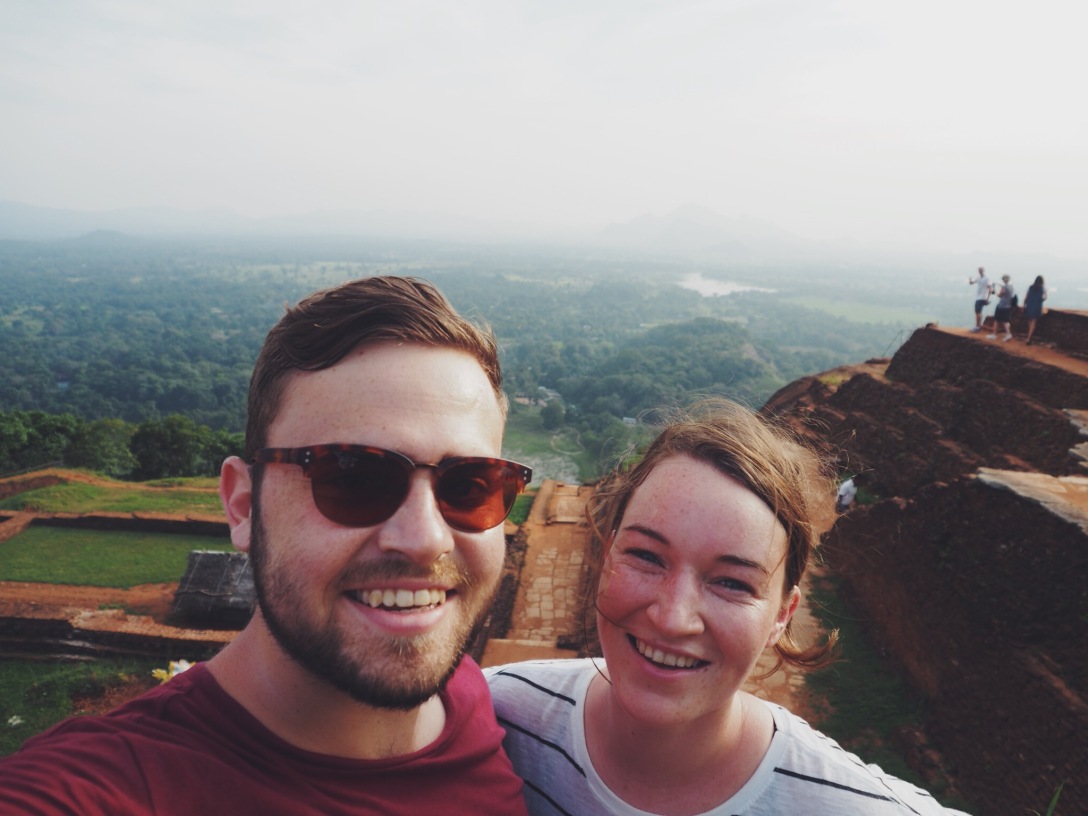 My legs may be aching but my smile is wide. 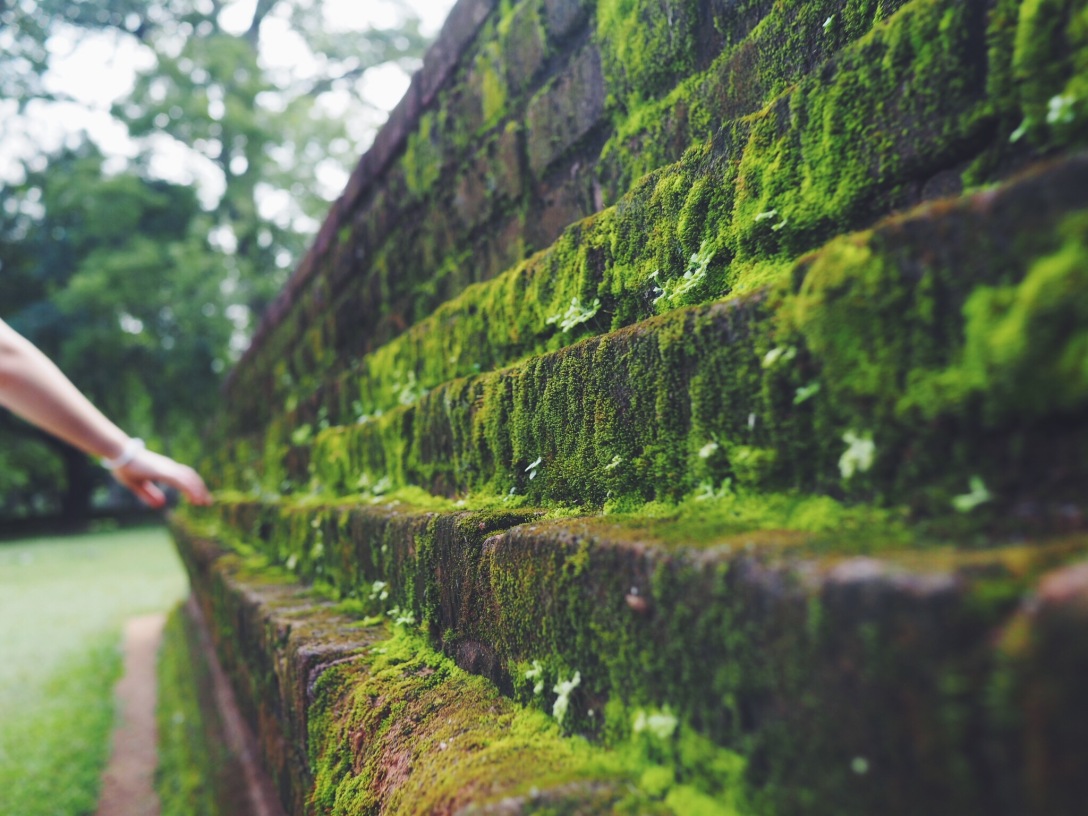 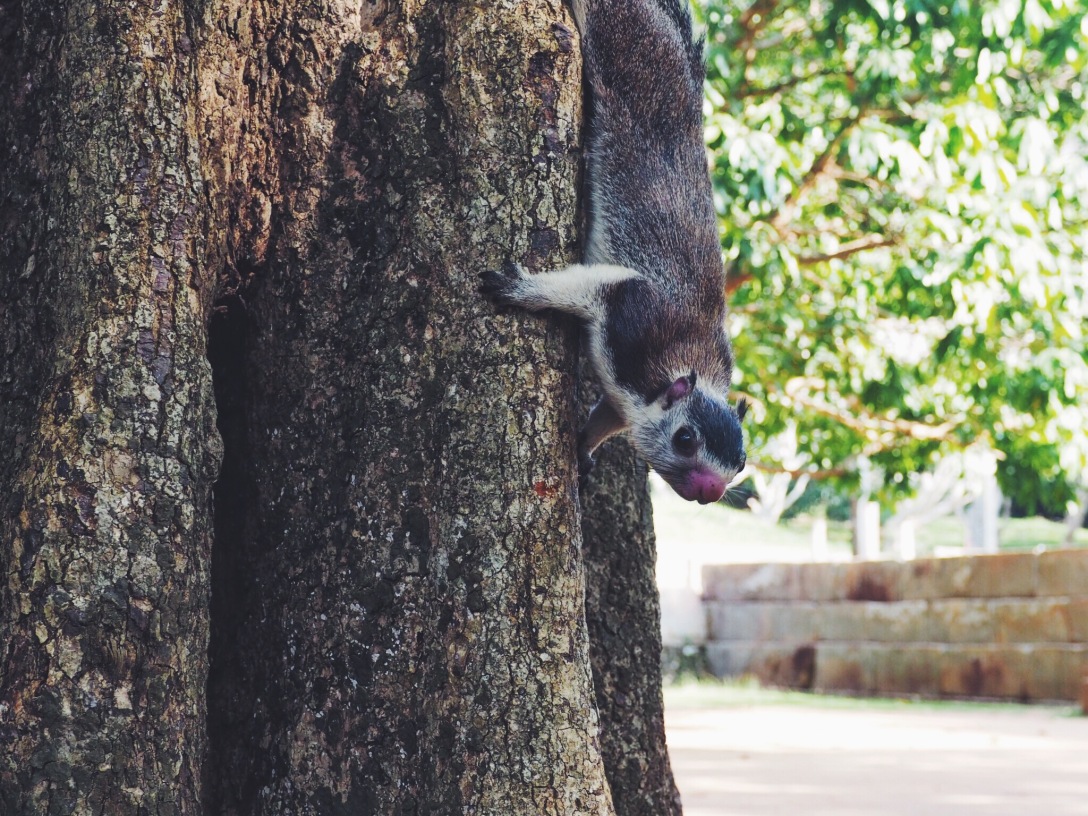 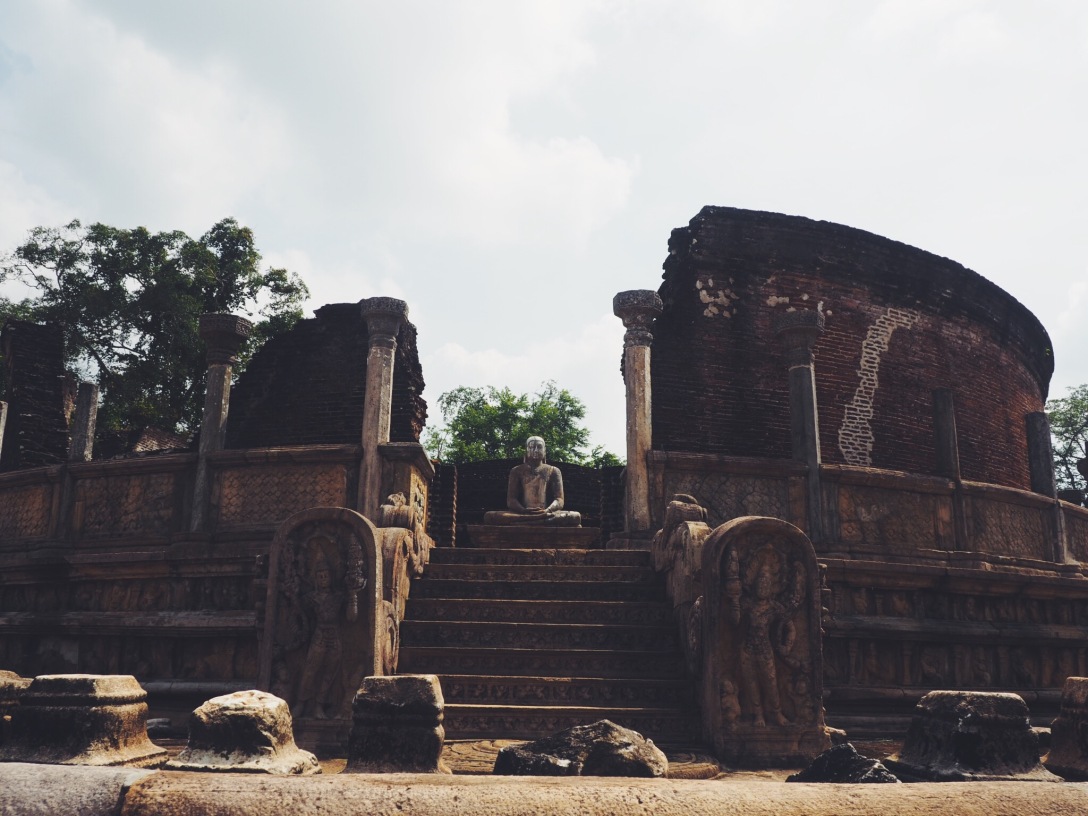 2 thoughts on “Archiving the Ancient Cities”