One of my most anticipated stops, Granada definitely delivered. After an interesting train ride there, where halfway we all got kicked off the train and instructed in Spanish to a load a buses out the door, around the corner, and across the car park (mind you this was in the middle of absolute nowhere), we arrived in Granada alive. A positive was that we bonded with a fellow traveller called Lyndon, whom was also completely and utterly confused by the process, and ended up going for dinner and drinks with her for both nights we were in Granada.

Settled in at Granada Inn Backpackers, and filled with fresh grilled calamari, we headed for the hills, and got quite lost in the Albayzín district that strangely resembled images I’ve seen of the backstreets in Greece. Two for the price of one, awesome! After what seemed like hours of walking up, we reached the Mirador San Nicolás look out, and could not be distracted from the incredible view across the valley to the Alhambra (although the young teenage couple making out in front of where everyone was taking photos gave it a good shot). 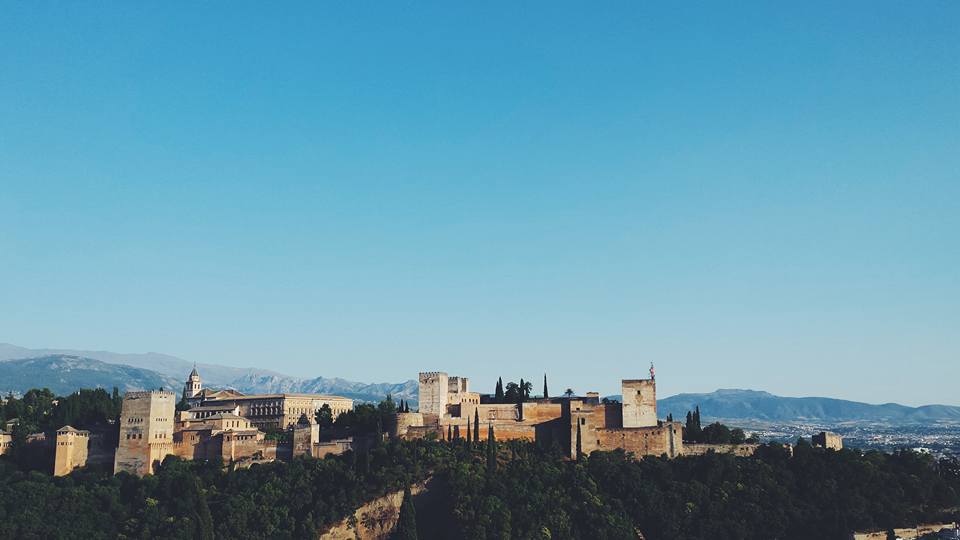 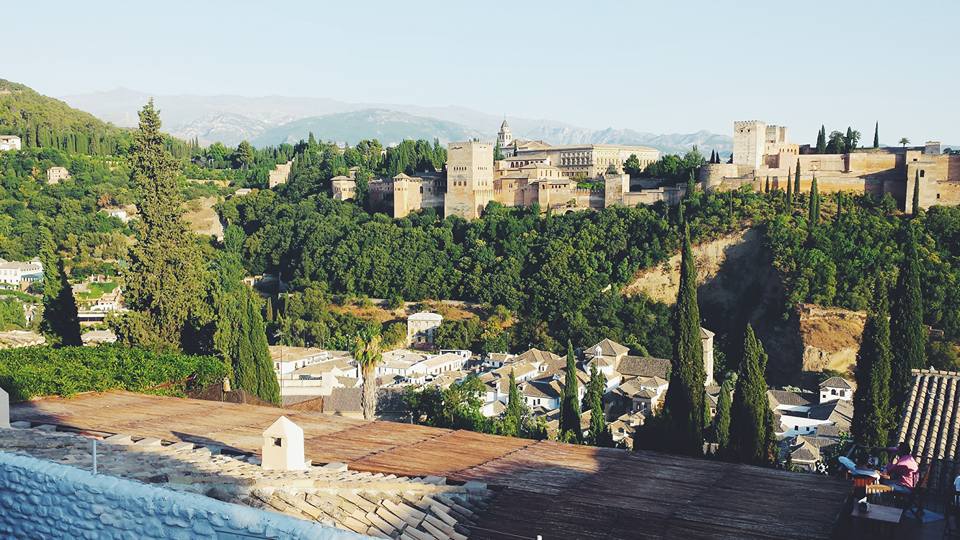 That night we met up with our new mate Lyndon, at a tapas bar recommended by the cute guy from the hostel called Bar La Riviera. It was here that we discovered the concept of free tapas. With every drink you order, you can choose two tapas options from the menu and they bring a plate enough for everyone at the table to eat. For free. Therefore it is economical to drink. Did I mention I like Granada? 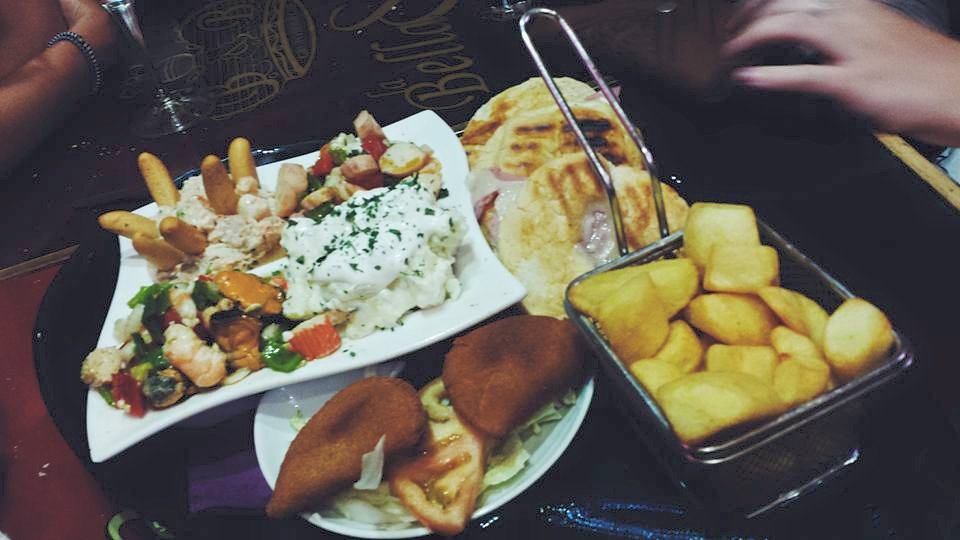 Next morning Catherine went on a guided tour of the Alhambra, and in an attempt to ensure our day was better, we headed out early to catch a free walking tour. Eric was fantastic, even though he was a bit nervous as he informed us as his parents were part of the tour that day, and we learnt a lot about the history of Granada. He still owes me tapas though as I stunned both him, the group and myself when I perfectly guessed the height of the bell tower (57m). I think the gypsy ladies flicking rosemary around the church must have blessed me, or I’m just a genius. (Free walking tour: http://www.panchotours.com/tours-granada/tour/free-walking-tour-granada). 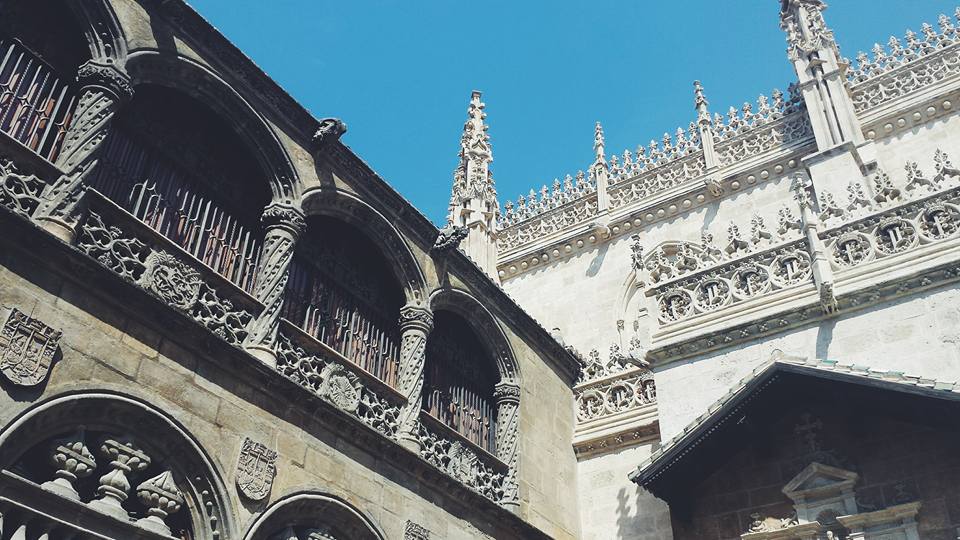 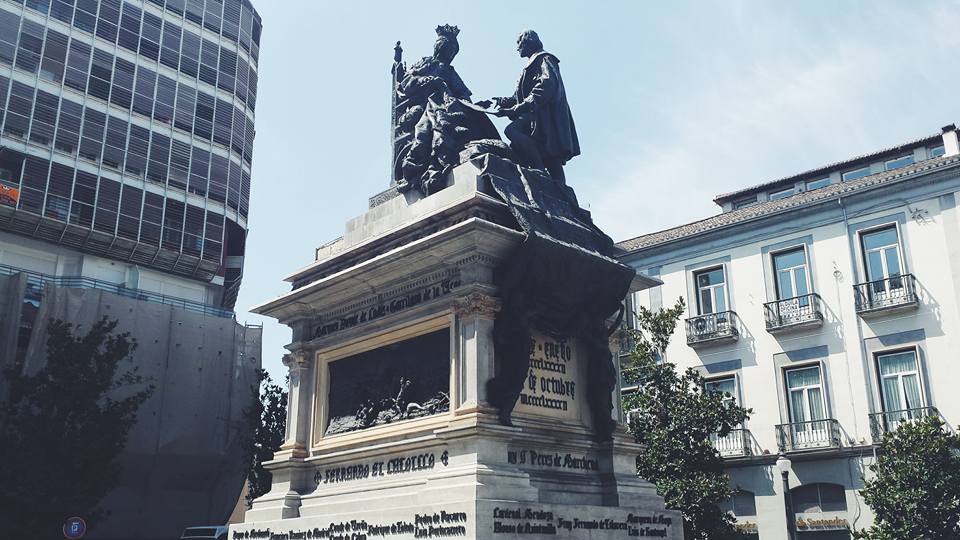 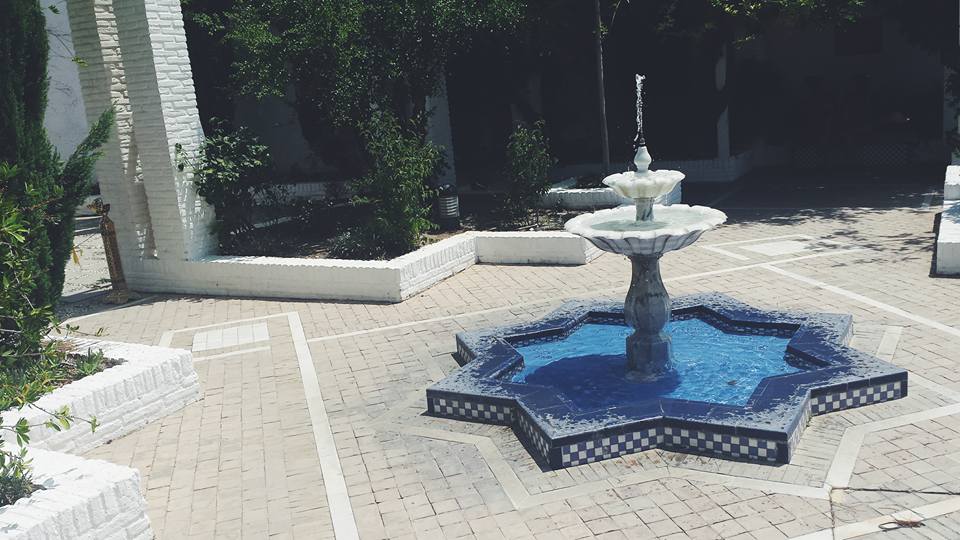 Next up we hopped on a bus and headed up the mountain to the Alhambra. We didn’t buy tickets because we are tight-asses, but still got to see enough of it for free. Apparently 30% of the Alhambra is free. Just make sure you get off at the Puerta de la Justicia stop before the last stop on the mountain to save yourself the walk. Although it is a good excuse to get an ice cream on a hot day. We even ended up bumping into Catherine on her tour, looking like a goof with her headphones in. 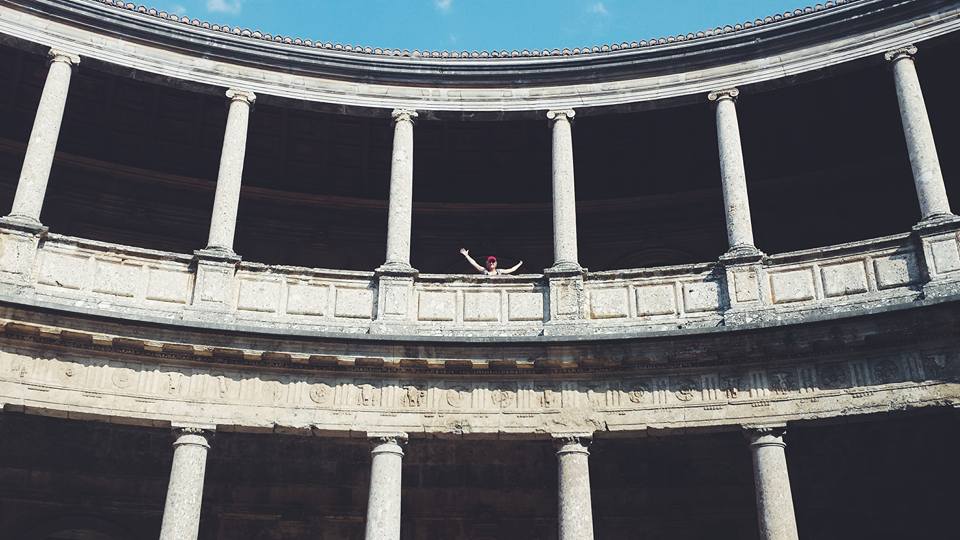 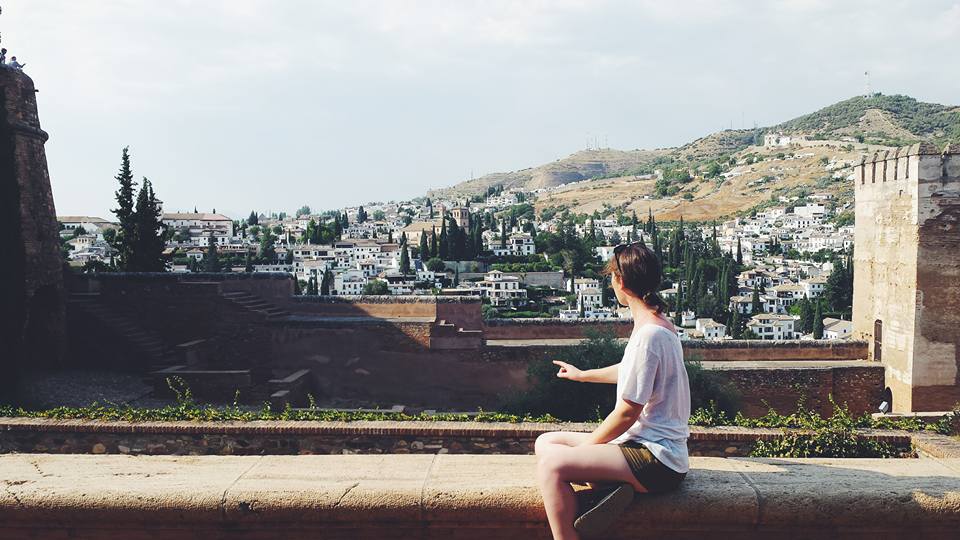 After a quick flick through our Lonely Planet guide we decided to explore the Alcaiceria markets more, which were the old Moorish silk markets, to find one of the many tea houses or teterías that lined the Calderería Nueva. With a five page list of teas, we each selected one and relaxed in the candle-lit, bohemian teahouse. A definite hidden treasure of Granada. 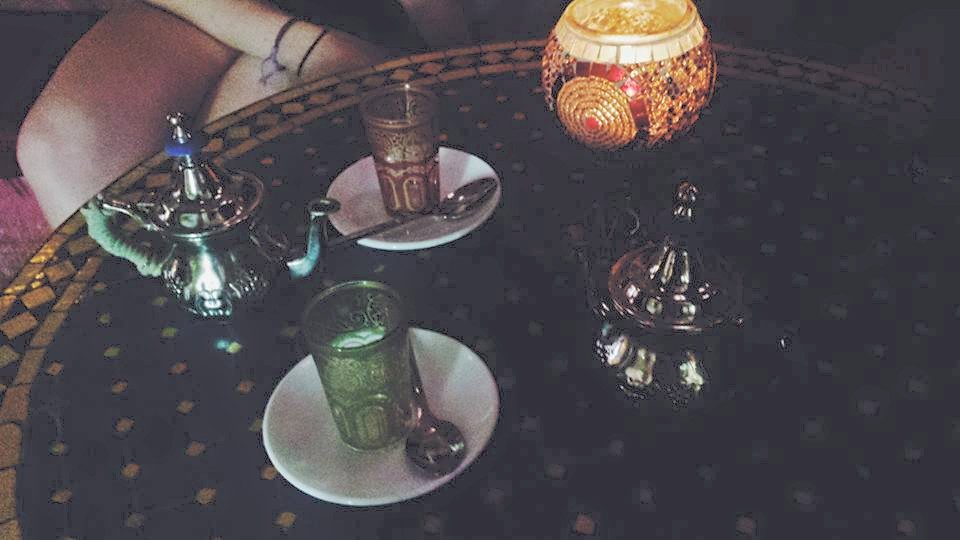 When we finally returned to our accommodation to find Catherine, we also found three new roommates: two awesome girls from Australia (small world), and Tobias, our favorite costa-rican weed-loving larrikin. We got on with the girls like a house on fire and couldn’t wait to introduce them to the world of free tapas so brought them to dinner with Lyndon that night. God knows how we made it, but by 3am we were dancing up a storm in a tiny hall/nightclub in some random backstreet that was completely empty when we arrived at 1am. We still claim that we brought the party that night, but with a mixture of Beyoncé, Elvis and Spanish pop, who could resist. And nothing quite tops a night off like a gigantic plate of churros to share! I only wished I had eaten them before and not after my zumba-like dance sesh in the club. 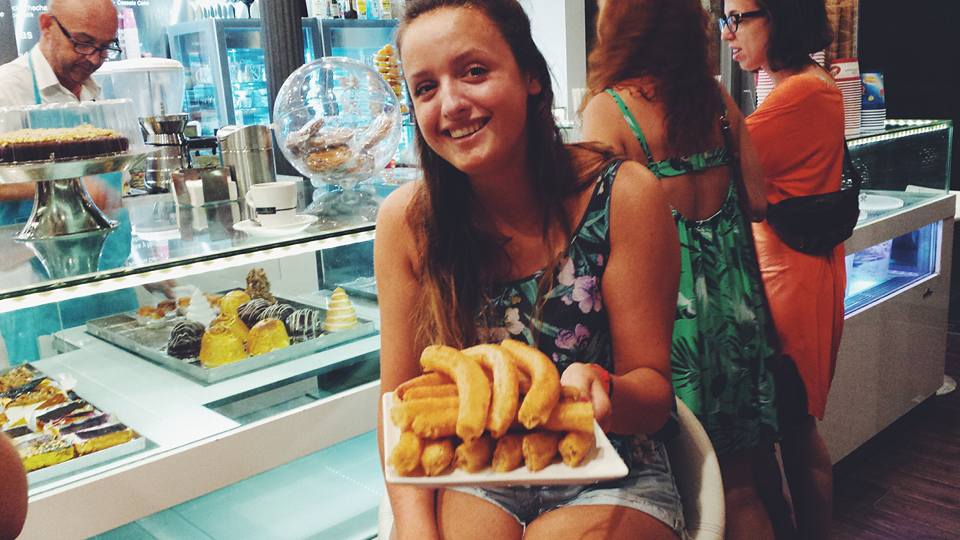 After bidding our new friends goodbye, and planning a reunion once we all returned to Sydney, we hopped on a bus to the airport for a quick flight to Barcelona, baby! It was a whirlwind stop in Granada but a definite highlight of the trip. I’ll be back.

Adios!
P.s. No memory will ever surpass the one of me drunkenly ninja-kicking the bathroom cubical door at the club after Emma locked herself in there. I don’t know what possessed me to do it, maybe I did pick up some ninja moves in Japan afterall. All I know for sure though, is that it was fricken awesome. 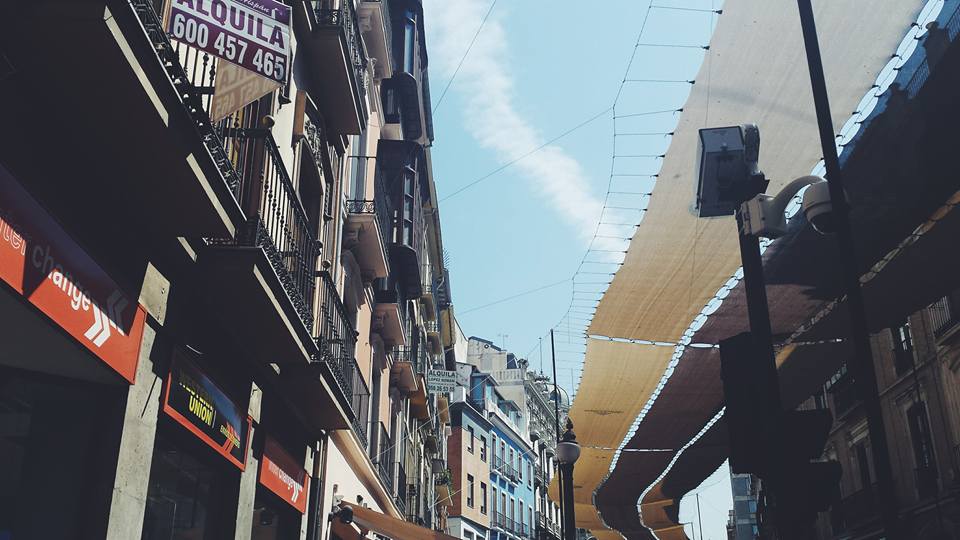 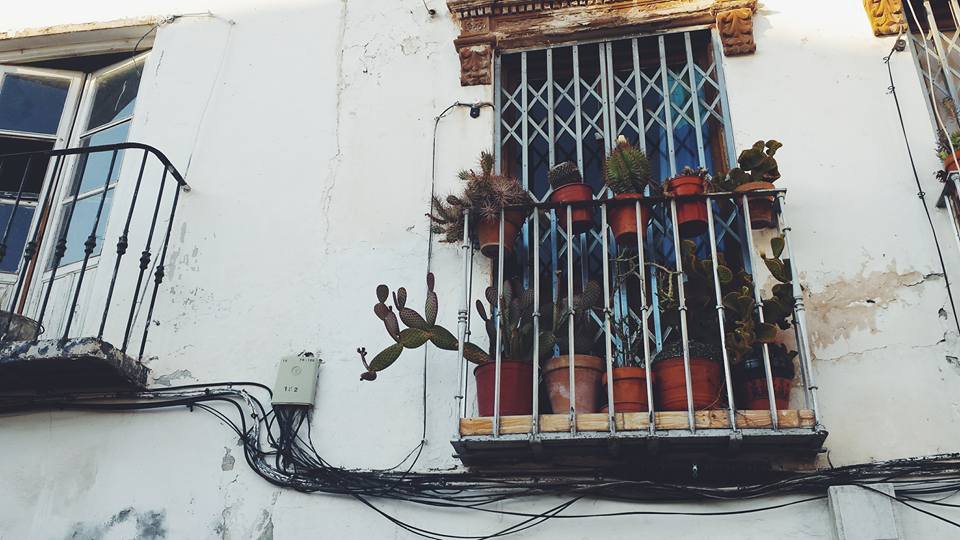 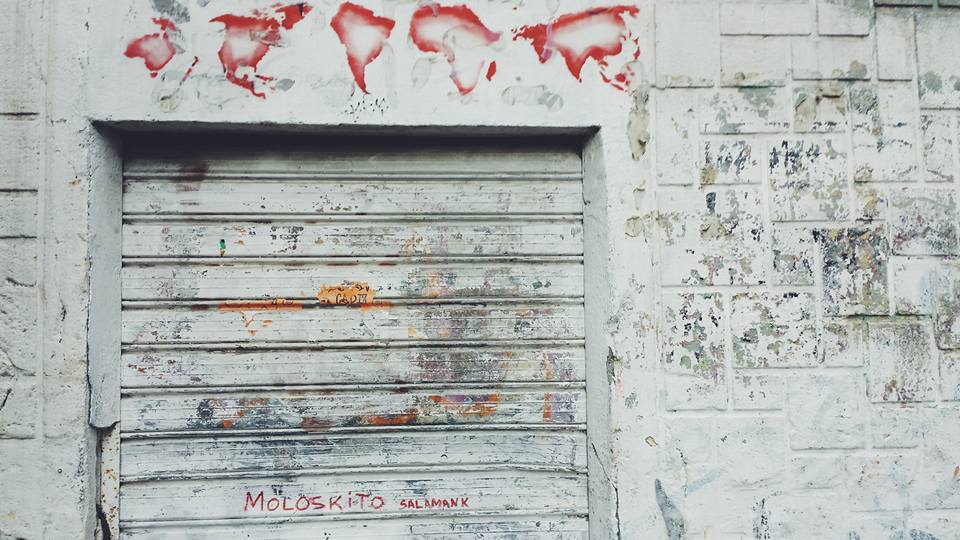 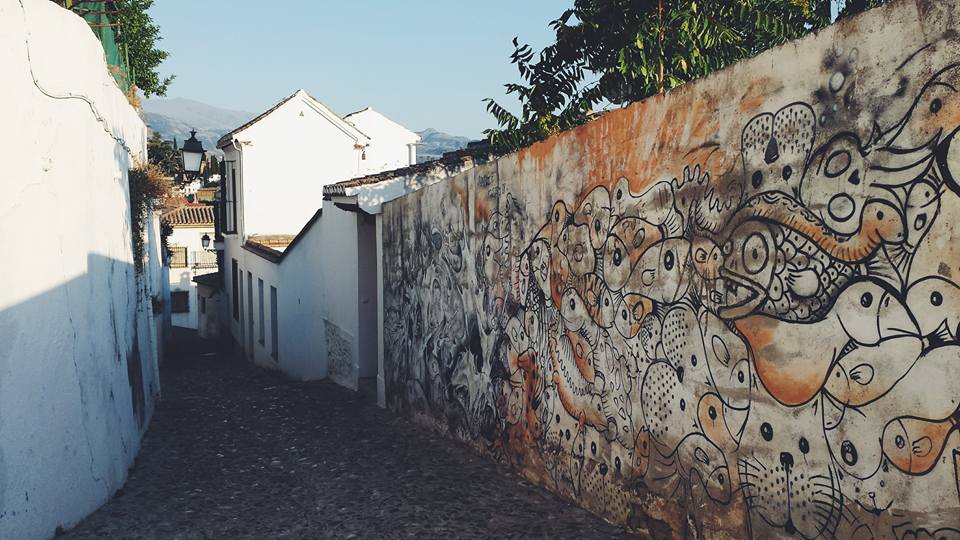 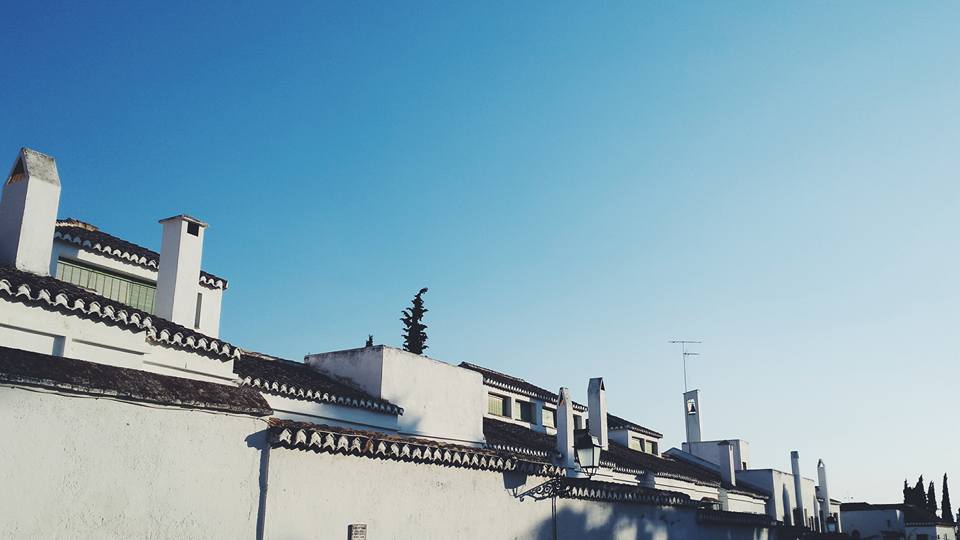 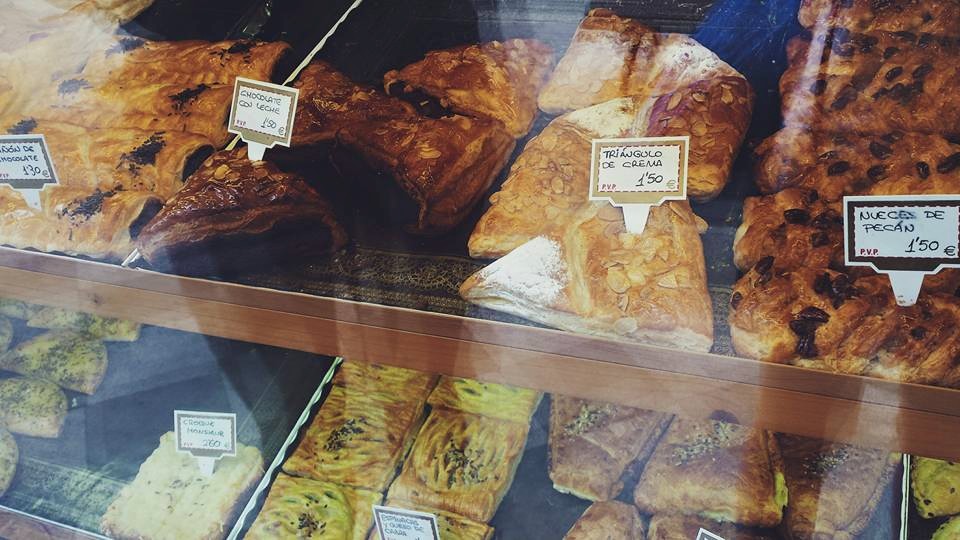 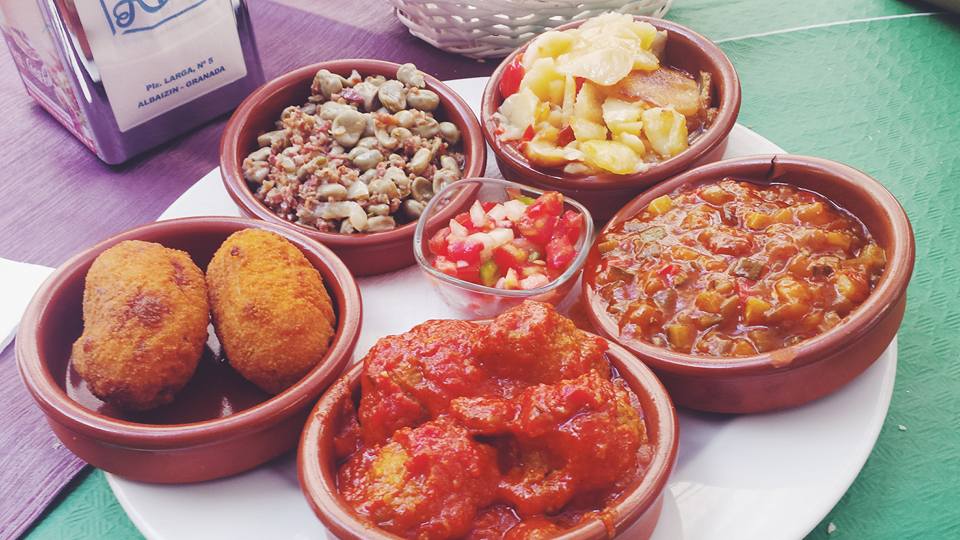 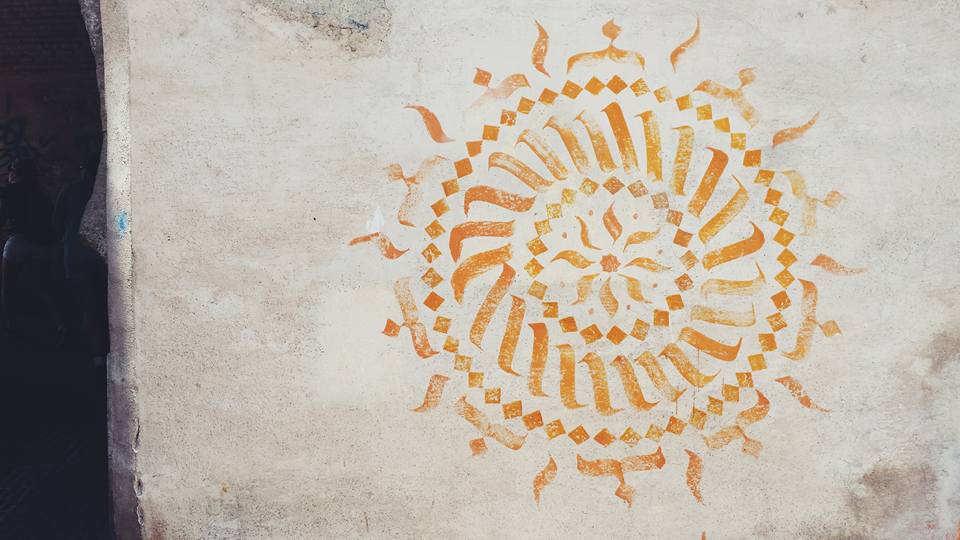 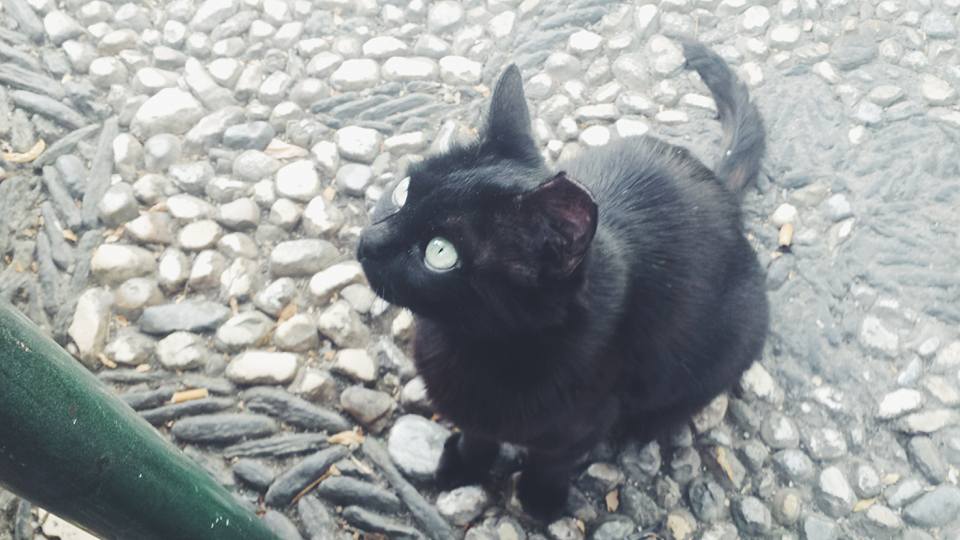 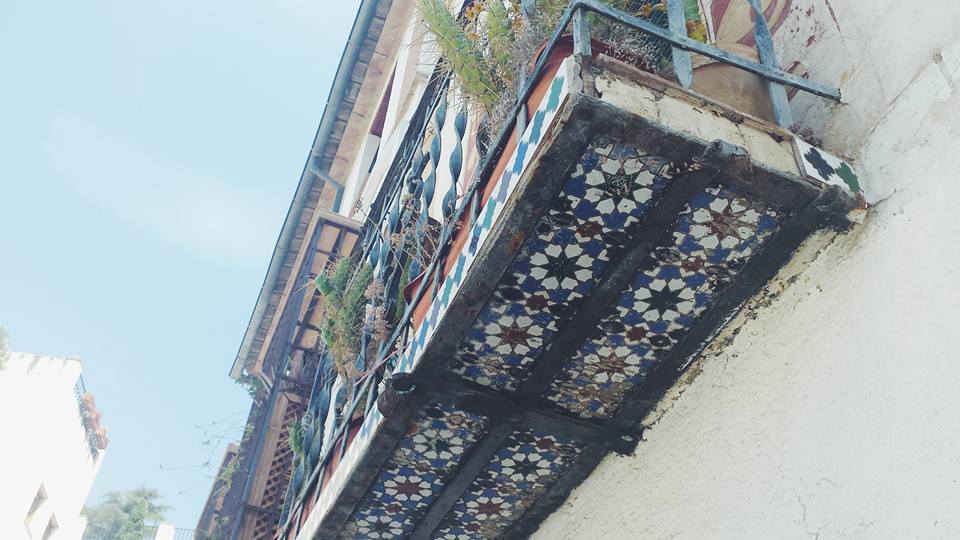 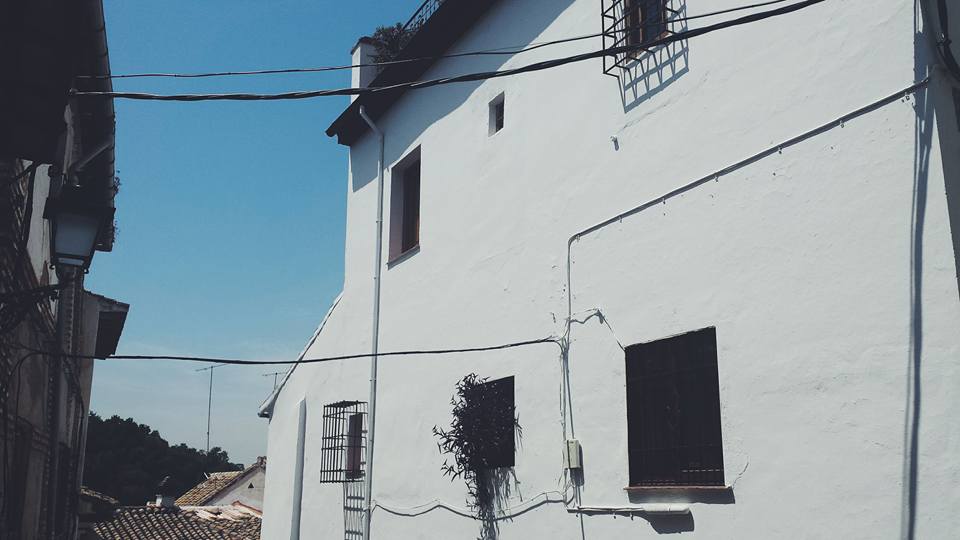 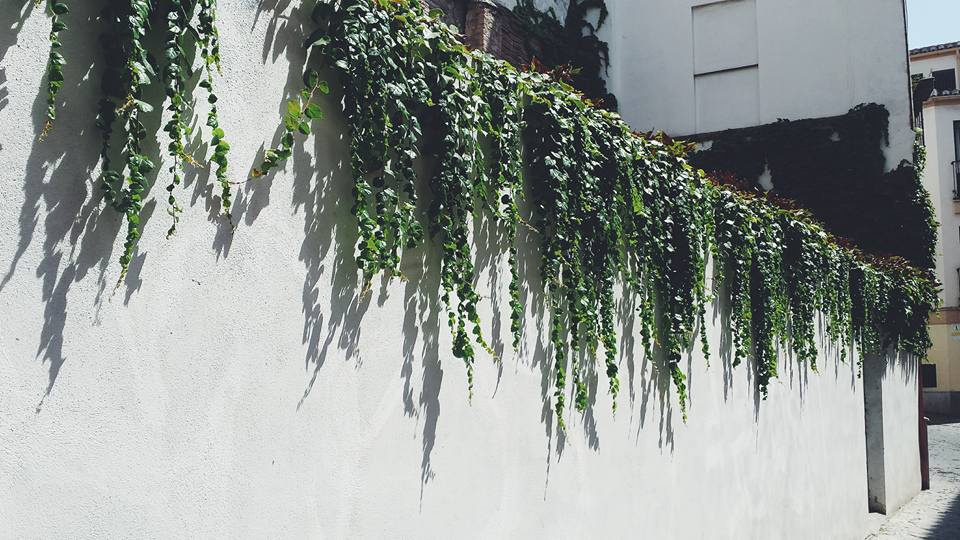 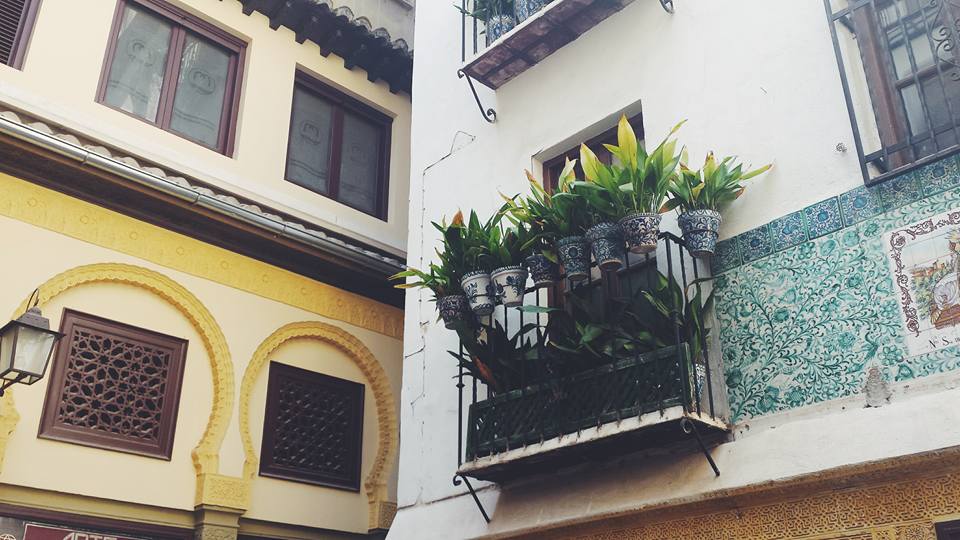 I acknowledge and pay respect to the past, present and future Traditional Custodians and Elders of this nation and the continuation of cultural, spiritual and educational practices of Aboriginal and Torres Strait Islander peoples.