And right we were. After struggling to find the bus station (located behind the train station, around the corner, and down a little back street) we expertly bought our tickets for the rapid bus to Siena…because ain’t no body got time for the ordinary bus! Stepping off the bus in Siena was a particular shock to the system from the bout of air-conditioning we had been treated to for the previous 1.5 hours. The sun had definitely come to play. I was amused for some time watching crowds of people cram to one side of the road in an attempt to walk in the shade, dogs were passed out on the side of the road, and men had never seemed so happy to sit in the air-conditioned shops while their wives tried on six or seven outfits. Thankfully Italy seems to have water fountains in all their villages that have fresh water that you can fill you drink bottles up with or splash over your face providing a dog or pigeon is not passed out in it. 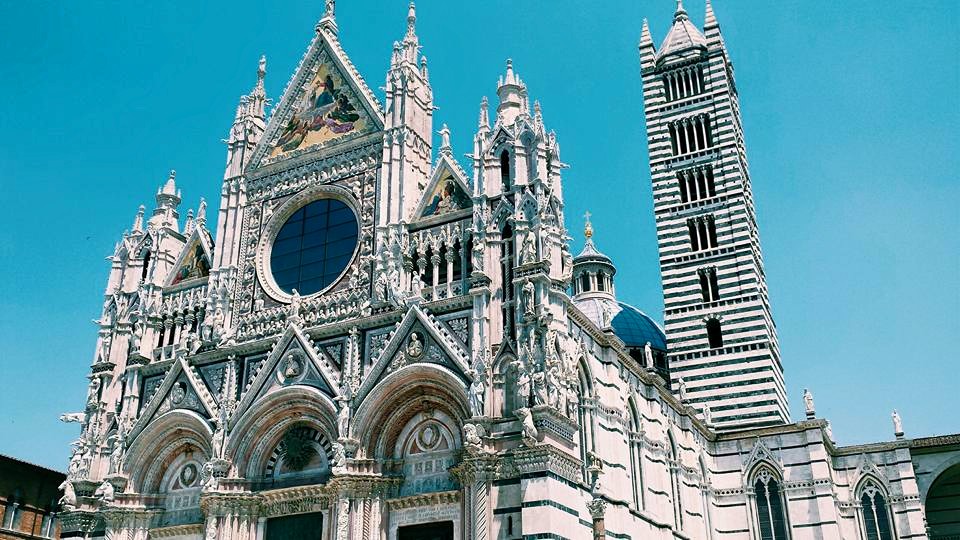 Siena has a particularly medieval feel to it, and any guidebook will tell you about the aesthetic rivalry between Florence and Siena; Renaissance vs Gothic. The Duomo is incredible though and stands so crisp and intricate against its backdrop. While we sat and stared in awe, we were interrupted by the sound of drums and whistles coming from a small backstreet. Ever the curious creatures we raced to see what it was only to be confronted by the longest parade I’ve ever seen. It was as if everyone in town was out on the street, and it didn’t take us long to realise it was for the winner of the race the day before – Andrea Mari who was representing Torre (http://www.thepalio.com). They were dressed in medieval costumes and waved flags and beat drums. We would have been standing there for at least five minutes as they all walked past.

After seeing that we headed straight to the Piazza del Campo, where the race was held the day before. It was one of the biggest piazzas we have seen and we could only imagine how chaotic it would have been, oozing with people watching the race the previous day. The sun was also blistering hot and we knew we had made a wise choice. The stands were still set up outside the Palazzo Comunale on the lower side of the piazza, apparently the best viewing point as Catherine informed me that a seat there cost over €500. As we walked the loop I began to envisage the race, helped by the indents of horse hooves on the dirt track. 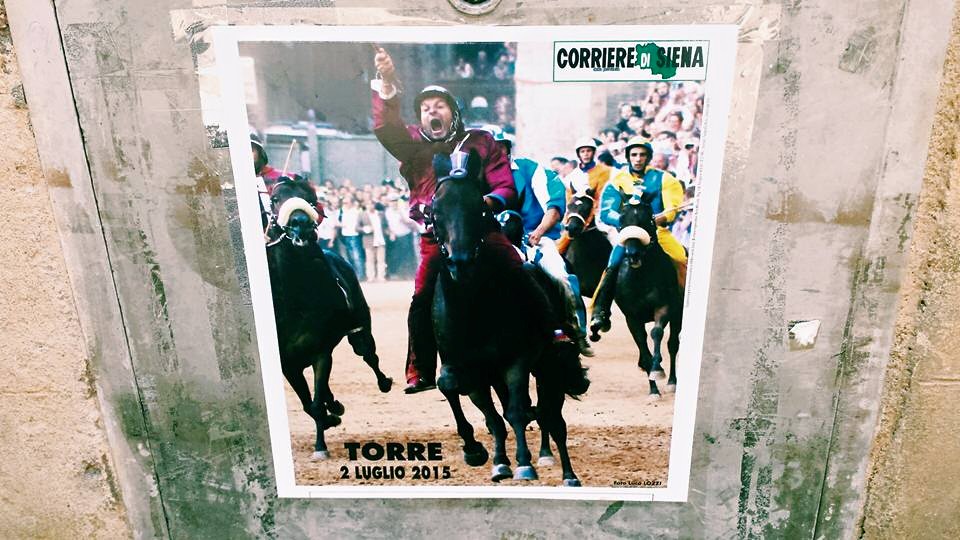 The most exciting part of the day though definitely happened while eating lunch (as it normally does). We were sitting waiting for our panini when a well dressed man walked into the bar. He was greeted by a woman who had been sitting reading the newspaper when we arrived. A few men shook his hand and then they all had cheers over a glass of spritz. At midday. I knew something was up. After his female companion pointed him over to the newspaper she had been reading, I knew to turn my GoPro on and slyly point it at him. This guy was someone. When he walked away I got up and looked at the paper he had been reading, much to Catherine’s confusion as up until this point all of this analysing had gone done in my head. Sure enough, he was the man who had won the race the day before. A local celeb. I knew it, and let Catherine know just as he walked out the door. Opps.

Siena was lovely, smaller than Florence but full of some incredible buildings. Europe is so rich in history and actually looks so much better in real life than it does in the photos, which it also looks really good in. We walked down little alley ways and back streets to find incredible churches or little piazzas. Even the way their washing flutters from windows, plants dangle from hanging baskets and paint chips off the hot brick walls looks so entrancing to me. Remind me why so many people want to visit Australia? 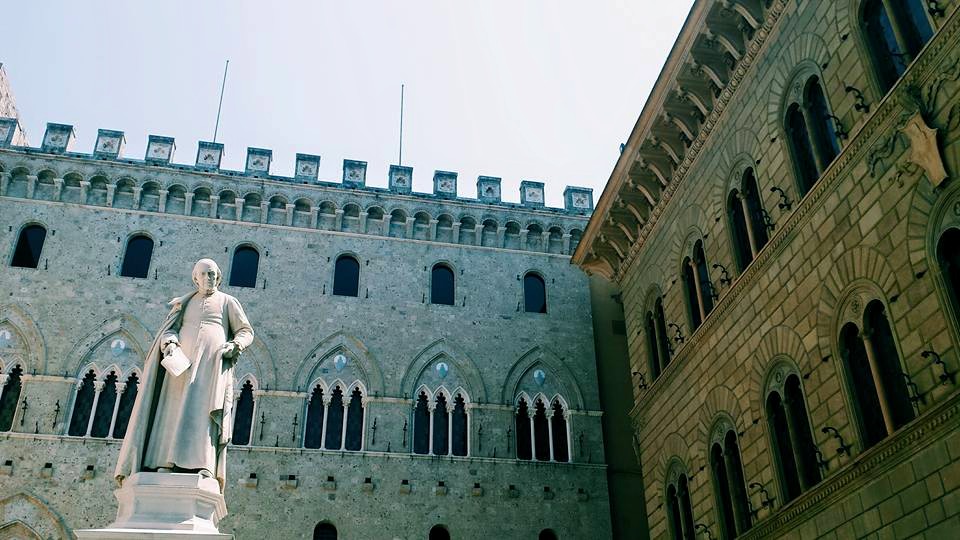 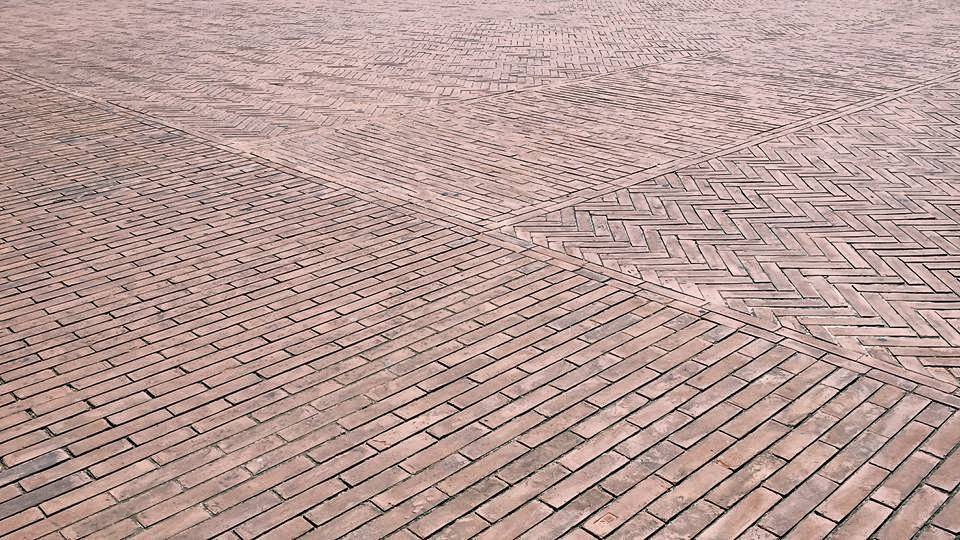 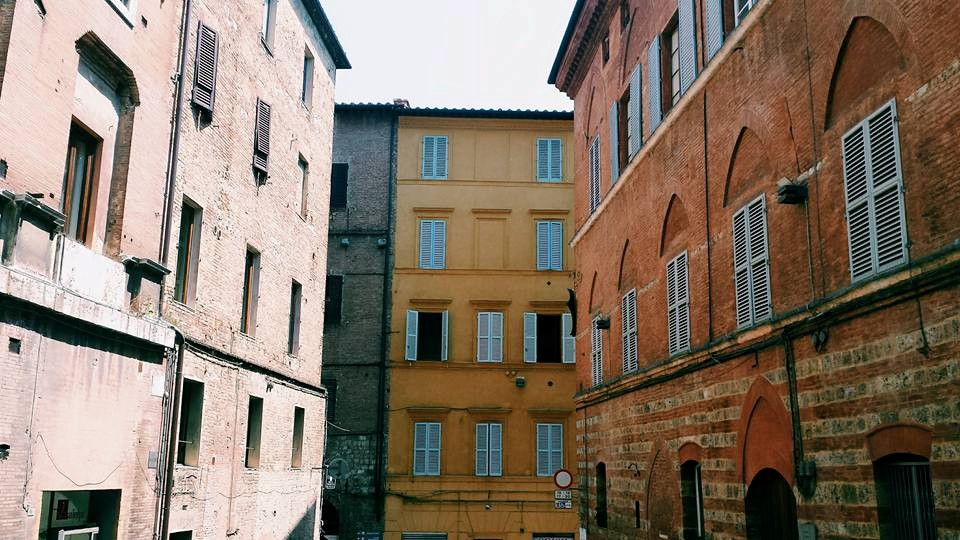 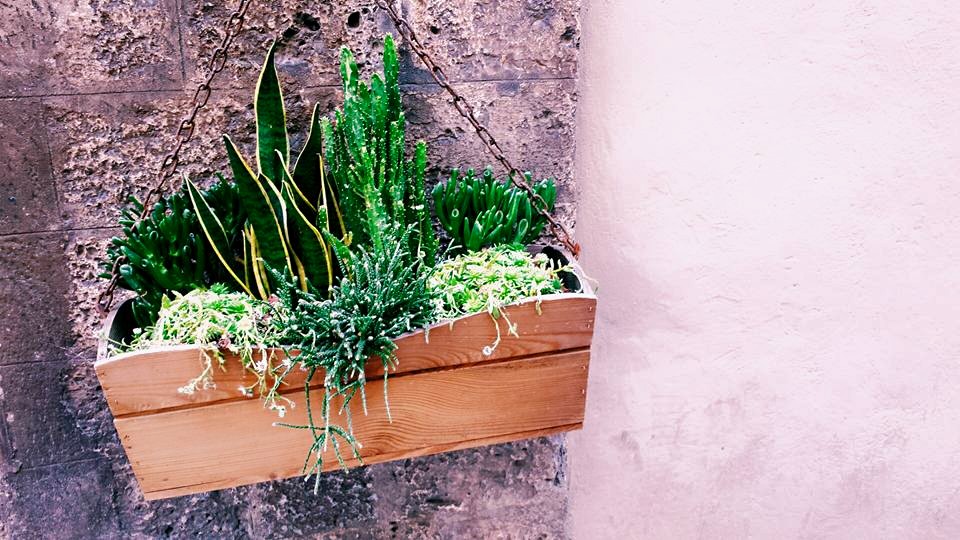 One thought on “Scouting out Siena”